The rugged and windy coast line around Smygehuk and Beddinge was the scene of many a boat which had run aground. It was then decided that a lightouse would be built at Swedens most southern point to give a fixed point to base all navigation on.

Smygehuk Lighthouse was built 1883 or riveted iron and is 17 meters high which gives it a total height for the light of 19,6 meters above sea level and a range of 2 nautical miles.

Originally the lamp was kerosene driven but in 1931, with availability of eletricity, the lamp was changed to electric.

The lighthouse shone bright up until 1975 when it was extinguished due to being replaced but in 2001 Trelleborgs council decided to ignite the lighthouse again and today it blinks happily to passing by vessels. 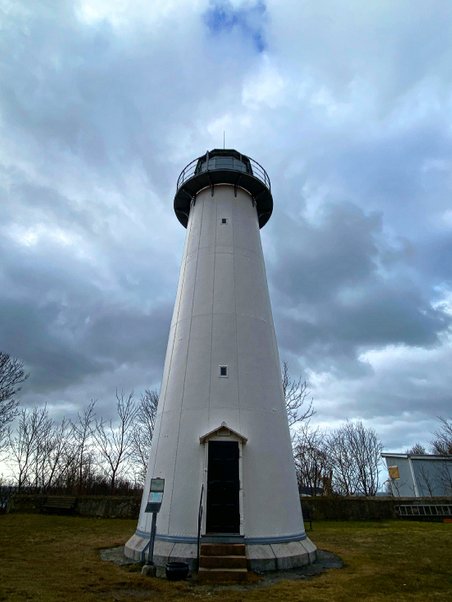